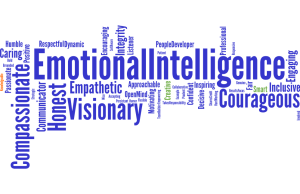 Why Emotional Intelligence is important for leaders

How important is Emotional Intelligence for leaders? You be the judge.

A very unscientific poll that I conducted on social media recently asked participants to think of a leader that they admire and then to identify attributes of the leader that make them admire the leader or want to follow them. When we tabulated the results, after we merged similar attributes such as ‘kind’ with ‘compassionate’, and ‘brave’ with ‘courageous’, we were left with 51 identified attributes.

Admired Leaders were described as Caring, Empathetic, Engaging, and Inclusive. People said that the leaders that they would follow were good Communicators and that they had Integrity. Mostly, the leaders were Courageous, Honest, Compassionate, and Visionary. All of these characteristics are associated with people who are high in emotional intelligence.

All but three of the characteristics mentioned were functions of Emotional Intelligence.

The results did not surprise us. We do similar exercises with participants in our leadership training and the results are always the same. (It’s worth noting that many a trainers’ worst fear is that a participant’s exercise won’t illustrate the results that they are hoping to show. We never worry about that when we do this exercise.)

Clearly, we want emotionally intelligent leaders. It matters now, more than ever.

Back in the day of command and control, when your boss told you what to do, unless the task was immoral or illegal (and maybe even then), you did it because you wanted your job. Many a modern leader has been heard to lament “I’m their boss. I give them a paycheck and they are supposed to do what I say. Why isn’t it working?” Oh, don’t we pine for the good old days.

Modern leaders need to use influence, rather than authority, to motivate people. They need to lead by example and inspire people. Leaders need to connect with people and communicate confidently and empathetically, with authenticity and transparency.