We all know what RESPECT is, don’t we? 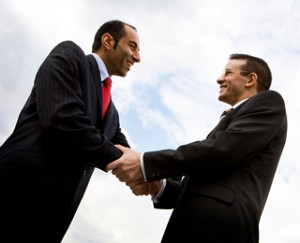 I bet you think you know what respect means.  After all, don’t we all know when others are treating us with respect, or with disrespect?

Have you been watching news coverage of the Aaron Hernandez arraignment?  If the Assistant DA’s version of the story is true, two men are dead and a promising career is shattered because Mr. Hernandez believed that he had not been shown proper respect by a man that bumped into him at a Boston club.

Mr. Hernandez has pled not guilty and, in a system where every man is innocent until proven guilty, he deserves his day in court.  Frankly, I’m not – for the purposes of this discussion – all that concerned about whether he did it or not.  Because when I heard the coverage of the arraignment, the word “RESPECT” is what caught my ear.

Aretha Franklin sang about and everyone talks about it, but it’s my observation that no one really knows what respect is.  Even Aretha didn’t define it; she simply said that she wanted it.  Oh, we think we can pinpoint when we don’t receive it – pretty much anytime that we don’t get what we want.  But it’s nearly impossible to get two people, especially two people who disagree on other things, to settle on what it IS.

I see this play out in workplaces every day.  Take one young executive that I coached.  He was pretty upset with his organization.  He had a seat on the senior leadership team by virtue of being the head of his functional area and he was the youngest, least experienced, and lowest paid member of the team. (This last was a major source of frustration to him.)

One day he was railing about not being shown respect.  As I drilled down, I found that his primary evidence of disrespect was that there had been three assigned parking places up for grabs and he was not given one of the spots.  They went to the CEO and two other more senior executives.

There was other so-called evidence of disrespect including a paltry 5% raise at annual review time.  Given the economy, 5% did not sound too bad to me, but before he sought my advice, he fired off an angry letter detailing the disrespect he’d endured which prompted the company to suggest that he seek another employer where he could find the respect that he felt he deserved.

The problem was that the young executive was very hung up on respect but there was no consensus about what constituted respect!

Not everyone fires off angry letters that get them fired, or shoots at a car and kills the people inside, when they feel that they have been disrespected.  (Thank goodness.)  But many leaders do spend a lot of unproductive time agonizing over the respect that they believe they don’t get from their bosses, their peers, or their employees.

Respect is not something that you are given.  It is something that you perceive.  You can be given a report on time, but that’s not respect.  You can expect your boss to return your call, but if she doesn’t, that isn’t disrespect.  When we try to talk about respect, we can end up going around in circles.  Everyone sees respect differently.  When we accuse someone of not giving us respect, we subvert the real conversation.  It’s like my trying to speak French to your Spanish.  We need to both speak a language that we both understand.

My recommendation?  Stop talking about respect, or even framing things in your head in terms of respect.  It’s simply not a precise enough term.   Instead, speak specifically about what you need, what you want, and how you feel.

“Marie is 'provocative' in the most constructive sense of the word. From our work together, I have learned that I am entirely able to change even some longstanding habits. I am better for having been coached by Marie.”
Dennis Carman
President and CEO, United Way of Greater Plymouth County