The myth of the unwavering leader 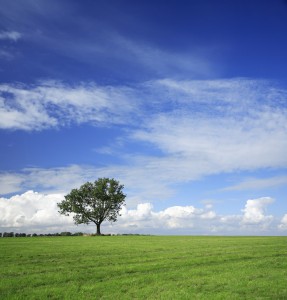 Leaders have to be strong, don’t they?  They have to demonstrate that they are decisive, resolute, and that they have the answers.  Don’t they?

That’s what we’ve been taught.  Especially women, but a fair number of men as well, feel the pressure to wear a certain persona of confidence and competence, to display an unwavering air of certainty.

The steadfast tree metaphor.  A client of mine once used the metaphor of a tree to explain how he wanted to be.  “I need to have deep roots and be strong so that when the mighty wind blows, I am powerful and steady enough to resolutely remain upright.”

I questioned his metaphor.  I wondered if when the wind blew, such a tree might be so rigid that just might break or be blown over, unable to right itself.

A different analogy.  I wondered if it wasn’t better to be like those punch toys that I remembered playing with as a child.  An inflatable figure, of sorts, about three feet tall, mine was decorated like a clown.  My clown was weighted with sand in the bottom, so when I pushed him, he careened over his base and immediately popped back up, the silly grin on his face unaltered.

My client thought about that and decided to amend his metaphor.  He decided that he still wanted to be a tree (probably a wise choice if the other option was being a silly-faced clown), but that he wanted to be a flexible tree, one that swayed in a strong wind but was agile enough to right itself after (or even during) a storm.

Recalling my client’s metaphor, I wrote an article recently published in Convenience Store News, where I suggested that leaders rethink their metaphors.  Instead of attempting to emulate the unwavering tree “standing impervious to even the strongest winds of distraction, conflict, and change,” I suggested that leaders consider instead the benefits of bending and showing flexibility in order to be able to straighten again in readiness for the next storm.  Although the article was written for leaders in the convenience store industry and spoke of the “gusts of wind” that blow there, the wisdom applies to leaders across sectors.