The downside of failing to delegate 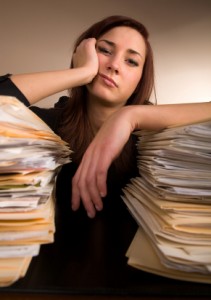 We are certain that leaders – at least on an intellectual level – understand the benefits of effective delegation.  Yet too many delegate too little.  Would we delegate more if we truly understood the impact of NOT delegating?  Perhaps.

Here’s just a few of the consequences that arise out of a failure to delegate:

In a leadership class that I taught, a participant shared her story of sending someone to procure necessary job site supplies only to have them return with the wrong item.  The leader hadn’t been specific in her directions because in her mind there was only one product to do the job (the one she had always bought).  She laughed as she told us of her initial vexation and lapse into “I should have done it myself” territory because she later found that the product that the staffer had purchased (the only one he ever bought) actually worked better!  She realized that had she not delegated, she never would have made the discovery.

When we fail to delegate, we do ourselves, our organizations, and our people a disservice.

Next time in Leadership Perspectives, we’ll talk about how to delegate effectively.

"You have to invest in yourself as a leader to move your organization forward, it's just as important as managing staff or balancing a budget.  I suspected this, which is why I started to work with Marie in the first place, but she really helped me believe it.  Working with her I have a better sense of who I am and what role I need to play to be the best I can be at my job."
Katie Everett
Executive Director, The Lynch Foundation