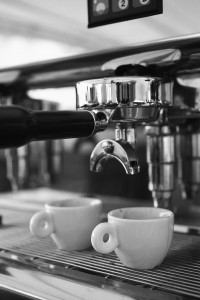 So many leaders that I talk to lament how difficult it is to effect change.  The most seemingly minor changes require Herculean efforts to implement as employees kick, balk, and sabotage.

One CEO recently complained to me of the ridiculous amount of time he spent listening to complaints and talking to employees about the adoption of a new coffee making system while they offered every reason why they should keep the old system.  (Okay, as a tea drinker, I get that.  I’ve watched in dismay as k-cups have taken over the universe, because I’ve never had a cup of tea from a k-cup that I thought tasted good.  But, as they say, I digress.)

Change isn’t easy, even when driven from the top.  Early in my career I worked for a company president who lamented how difficult it was to change anything from the top of an organization.  He was a pretty progressive guy for the time.  He’d been off to Tom Peters’ skunk camp and was extremely dedicated to running a company that treated both its customers and its employees well.  He was frustrated because he wanted to do lots of great things but they involved change, and getting people to adapt to the changes that he offered was so hard.

It wasn’t that he was a bad guy or even that the changes he wanted to make were inherently bad.  But they were changes, and people essentially distrust and dislike change – especially if they don’t see an urgency to do so.

You have got to have a sense of urgency.  People typically change because they want to avoid something that they believe will happen without the change.  Despite that, if there is not a sufficient sense of urgency, they still don’t change.

Think about losing that extra 10 pounds.  You know that if you don’t do something it will turn into 12 pounds, and then 15, and then 20. But it creeps up slowly.  It’s not until you receive the invitation to your class reunion that you feel sufficiently moved by a sense of urgency to actually hit the gym and cut the processed carbs.

John Kotter, who wrote the book on “Leading Change” finds this first step so important that he followed his classic book with another book entirely devoted to “A Sense of Urgency.”  Kotter says that creating the necessary sense of urgency is the hardest, yet most important, step in implementing a change effort.

Creating urgency.  One of Kotter’s solutions is to create a crisis.  Having seen people beaten down dealing with the crisis du jour too many times, I struggle with that one, but I do see his point.  Nothing rallies people to change faster than a major crisis.

And although this surely seems self-serving on my part, I also agree with his idea of using consultants to force honest discussions.  It is sometimes simply too easy for insiders to become complacent and delude themselves by not taking a square look at the facts.

If you’ve tried recently to effect change, only to find yourself frustrated, you’ve got to ask yourself “What’s the sense of urgency?”

“I recently had the pleasure of attending a presentation by Marie Peeler. As a business professional for over twenty-five years I have attended many seminars, but found this presentation to be especially inspiring. Marie's presentation was both informative and thought-provoking; I found myself pondering the information she presented over the next several days. I have already utilized the information she shared, both in my own practice and in working with my clients. The generosity with which she shared her knowledge is refreshing!”
Sherri Mahoney-Battles
Enrolled Agent, Taxing Matters