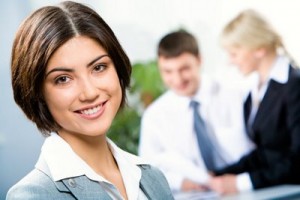 Karen was a conscientious hard worker who cared deeply about the welfare of her staff and her clients.  A generally optimistic person, she was feeling miserable about “political” battles she was experiencing in her organization.  Besides distracting her and making her unhappy, the fighting was threatening to derail her career.  She’d tried everything to fight back and was making little headway.

Six months later, a much happier Karen exclaimed “Well, this didn’t turn out how I planned.  I thought you were going to tell me what to say to these idiots to put them in their place.  Instead, I now see how I was contributing to the problem and what I can do to make it much better.  Things are so much better.  This probably saved my job.”

Of course, Karen was a model coaching client.  It was her open-mindedness to new possibilities and willingness to accept responsibility for fixing her circumstances that ultimately lead to her relief.

Accept responsibility.  It’s so easy to blame others for our issues.  It’s the constant interruptions that stop us from being focused and productive, it’s the budget cuts that prevent us from building better staff morale, it’s our nit-wit boss (or co-workers, staff, board members – You fill in the blank) that leave us feeling harried and frustrated.

The problem with this approach is that is so dis-empowering.

Indeed leaders often have no hand in creating the problematic circumstances that they endure.  Other people are, indeed, sometimes difficult and the environment is often harsh.  But leaders who dwell on the unfairness of their circumstances invariably suffer, while leaders who take responsibility for finding their own solutions thrive.

To take responsibility, change the question.  The question is not, “what is wrong with that person?” or “why is this my fault?”  The right question will depend on the circumstance but it will be along the line of “how do my current actions – or lack thereof – contribute to the problem?” or “how can I better understand what motivates the other person?”  Focus on asking questions that help you understand the dynamics at play better and lead you to what you can to positively impact even less than ideal circumstances.

It’s about responsibility, not blame.  It sounded, indeed, as though Karen was dealing with a segment of her organization that was truly dysfunctional and that she had not created the problems that existed there.  But the tactics that she’d been trying to use to resolve the issues to keep them from negatively impacting the work of her own department clearly were not working.

An interesting epilogue is that an organizational realignment a few months later alleviated Karen’s situation altogether, but had she not taken responsibility when she did, she would likely have not been there when the realignment occurred.

This was the fifth post in a five part series on What you can do to make 2014 your best year ever.