It may be simple, but it’s not easy 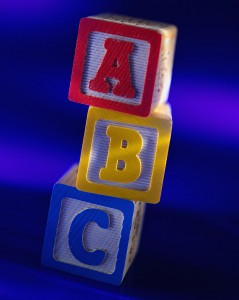 When we are trying to build our leadership capacity, the concepts that seem most simple are often not easy to embody.

Simple concepts.  Recently a client came to a coaching session ecstatic about a book that I had asked her to read (over her vacation, nonetheless).  After her vacation, when she returned to work and continued to ruminate on her reading, she found a profound shift in the way she was working with people that she attributed to a growing understanding and application of the concepts in the book.

She noted, however, that had we spoken the week before, she probably would have given me a very different report.  When she initially read the book, she found it to be simple; and, in addition, she found the writing to be redundant.  She had asked herself, weren’t the authors simply saying the same thing in a variety of different ways?

As you are no doubt wondering, the book was Leadership and Self-Deception by the Arbinger Institute.  It talks about the relatively simple concept of transforming your work and personal relationships by “getting out of the box” and shifting the way that you see people.

But are the behaviors prevalent?  I had a similar reaction from at least one person to material that I presented to a team this week.  I shared Roger Schwarz’s Ground Rules for Effective Groups with an executive team and, in the discussion afterwards, one man offered that he had expected something perhaps more profound.  The ground rules I presented seemed rather simple or obvious.  “Obvious or prevalent?” I asked.

Leaders often struggle to behave in ways that will best serve them, their team, and their organizations.  The behaviors they attempt to adopt can seem simple.  But just as often it’s not that easy.  As a result, the desired behaviors are not prevalent.

For instance, I once assigned a task to someone different than I had assigned it to the year before.  The man that had handled the task the prior year made the inference that I was upset with him or that I believed he had performed the task poorly the year before.  He could have allowed this to deeply upset him but, to his credit, he came to me to test his inference: he presented his data, shared his conclusion, and asked me if his inference was correct.  It was not. I had simply given the task to someone else because his plate seemed particularly full this year.  We were able to correct his inference before he acted upon it.

Don’t ignore the simple.  It may seem simple, but it isn’t always easy.  It is also the simple things that have the greatest impact.