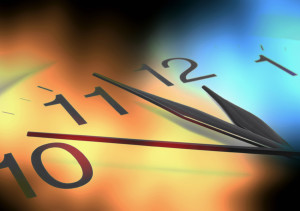 How to stop procrastinating

“You can’t just turn on creativity like a faucet. You have to be in the right mood. What mood is that? Last-minute panic.”
Bill Watterson, creator of the comic strip Calvin and Hobbes.

He’s talking about procrastination and this quote would lead me to believe that writing a comic strip may be a lot like going to the gym, initiating a difficult conversation, or completing a report. It actually sounds a lot like writing a blog post.

Lots of people procrastinate. Some do so knowing the perils to their health and the quality of their work. Others live in denial, telling themselves that they work better under pressure, have plenty of time, or aren’t really procrastinating. The prolific writer Stephen King noted “The scholar’s greatest weakness: calling procrastination research.”

There is some correlation between personality type and procrastination. Those with the Myers Briggs’ ‘Perceiving’ preference, often prefer to keep options open and, therefore, may sometimes delay making decisions or performing tasks. But those with the opposite preference for ‘Judging’ often procrastinate as well and suffer even more from having deprived themselves of the closure they crave.

Dr. Joseph Ferrari, the author of several books about procrastination and task avoidance, says “…everyone procrastinates, but not everyone is a procrastinator.”

Personality type can explain why some people prefer flexibility over structure or keeping options open over ‘cementing the deal’ but true procrastination is really all about the habits we form.

Here’s some new habits to help you stop procrastinating: