Don’t tell me what you can’t do for me 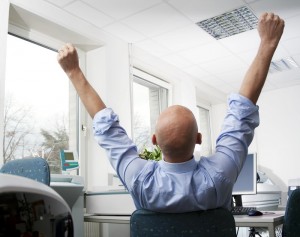 Yet leaders who get caught up in the day-to-day of slashed budgets, time constraints, and pressure to produce, forget that maintaining a mood of positivity and happiness also helps us connect with others and elicit cooperation.  One way to maintain that positive mood is to get into the habit – and train your team in the habit – of telling people what you can do for them.

I used to have my car serviced at the dealership where I purchased it.  But after a while, it just seemed like a bother.  They were always so busy and it was such a hassle to book an appointment.

But it really wasn’t, and it took a while for me to put my finger on why it seemed like it was.  Besides the fact that they consistently underestimated the time required to make the repair by half, they had another annoying habit that always started the transaction off badly.

By the time I decided to do business elsewhere, I was able to articulate it to the dealership’s General Manager like this,  “I am tired of your service advisers always telling me what they can’t do for me, even before I ask.”

Seriously, every time I called to make an appointment, they would start with, “Well, gee, we are really busy right now.  I’m not sure we can get you in right away.”  Then they would continue with something like, “Gosh, I don’t think we can get you in any time before next Friday.”

The funny thing is that Friday was perfectly satisfactory to me.  I had just said that I wanted an appointment.  I was happy with Friday … except that now they had planted the seed that perhaps I shouldn’t be happy with it.

I suggested to the General Manager that he train his service reps with a new script that went something like this, “Great Ms. Peeler.  We’d love to do an oil change for you.  How about Friday at 9?”  Same result, but happier.

Remember, don’t tell people what you can’t do for them.  Tell them what you can do … and how much you’d love to do it:

Remember, no one wants to hear what you can’t do for them.  They want to know what you can do.  Sure, every so often someone will want more and they will tell you so.  But that will happen a lot less often than you think.  If it happens 20% of the time, by leading with what you can do, you’ll have made 80% happy.

*Lyrics to “Happy” written by Pharrell Williams for the Despicable Me 2 soundtrack.  “Happy” is also track 5 on the G I R L album.