Benefits of delegation and why leaders don’t delegate 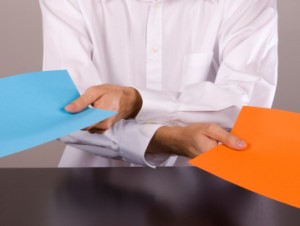 As leaders, we know that we should delegate so that we can spend our time more efficiently and give others in our organizations the opportunity to learn.  We also know that we don’t delegate nearly as much as we should.   We even know that there are negative consequences associated with not delegating more and we can usually articulate what those consequences are.

Here’s how I know these facts.

Whenever I do management or leadership training that includes the topic of delegation, I usually start by dividing participants into groups to discuss one of three topics:

Afterwards, I have each group share their top conclusions.  That’s how I know that we know this stuff.  The lists that they generate are usually quite long.

A few of the benefits that most groups usually come up with include:

Even the more junior leaders recognize that there are myriad benefits to delegating.  Yet, even more senior leaders succumb to the temptation to hold on to tasks they should be delegating.  There are lots of reasons but some of the major ones are:

I clearly remember a time when I failed to delegate because I erroneously presumed that the person would feel put upon.  The task was one of those things that didn’t squarely fall into anyone’s job description.  The first time it occurred, I delegated it to someone on my team.  When the task came up again the following year, the person I’d delegated the task to the previous year seemed too busy, so I didn’t bother to ask him.  Afterwards, he came to me somewhat perturbed.  He wanted to understand what he had done wrong the previous year and why I’d not told him then.  It seems that what I had presumed to be just one more burden was, to him, a badge of honor.

Delegating – and not delegating – can have serious consequences in our organizations. We’ll look more at delegation next time in Leadership Perspectives.