A complaint is just a request not spoken. Have you made your request? 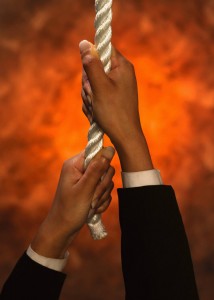 A colleague of mine once said that a complaint is just a request not spoken.  This stuck with me, partly because I help leaders learn how to make appropriate requests, and also because I am repeatedly struck by how much complaining some people do without really ever seeming to do anything about the things that dissatisfy them.

Take the man who joined a mastermind group for the valuable expertise of the other members, only to find that the advice he was getting was very tactical and directive.  He expected that the other members, who came from other industries, could help him to see his business through a different lens strategically, but he did not want to be told specifically what to do by people who lacked experience in his industry.  Afraid to ask for what he wanted from the group, and anticipating that it would be a difficult conversation, he instead made up an excuse and resigned.

On the other hand, a woman came to me when she was absolutely fed up with her job and the nit-wit that the CEO had hired to run her department.  She wanted to look for another job that would provide less frustration and greater fulfillment.  Recognizing that the CEO was going to be blind-sided by her resignation, and feeling that she owed it to him, she decided to be frank with him and tell him that she was looking for a new job.

He surprised her by taking her concerns seriously, immediately rectifying what he could, and taking her into his confidence regarding a pending acquisition that he wanted her to head up if the deal went through.  So what started as career coaching for a new job turned into transition coaching for a promotion.

Every day people resign from jobs, fire employees, drop out of organizations, and end friendships or even marriages, without ever summoning the courage to ask for what they need. All they really need to do is learn to make effective requests.

The next time you find yourself complaining, especially if it is a tired refrain, ask yourself “Have I really requested what I need from this person or group?”  Really?

“Leaders of non-profits struggle with unique challenges, especially identifying indicators of success.  Unlike the for-profit world where the focus is on the bottom line, we not only have to determine what success looks like, but get buy-in from a board of directors, staff, our clients, donors, the public and other constituencies.   Navigating these waters creates uncertainty in leaders as we face compelling, often shifting influences and conditions.   Marie understands our challenges and leverages eye-opening assessment tools that bring clarity to the process.  Marie exposed me to more lenses than I would have ever looked through on my own!”
Joan Thompson
Executive Director, Mayflower RSVP