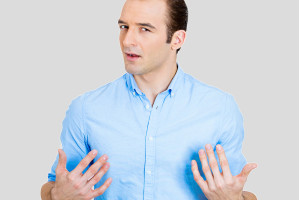 7 things to know about how to deal with a bully

After a conference recently, where I gave a talk on emotional intelligence, I received an email requesting advice on dealing with a boss that “lacks self-awareness, is quick to anger, and vents their frustration on whoever is around.”

In other words, the writer wanted to know how to deal with a bully.

We’ve all experienced the bully boss or client.  Sometimes the behavior is subtle and sometimes it is overt and over-the-top.  If you hold your breath in the morning until your boss speaks and you can assess his mood, you may be dealing with a bully.

It’s the boss that says she wants fresh ideas and to be challenged and then belittles anyone who suggests anything remotely creative or different from the status quo.  It’s the client that overpowers conversations by sheer power of his position or that screams first and (maybe) asks questions later.

But what do you do if you need to survive and keep your sanity while working with a bully?

I could not give my email writer specific guidance for dealing with her bully; each bully and their motivations are different.  But there are a few things that you and she can keep in mind when dealing with a bully.