5 Problems with being a perfectionist 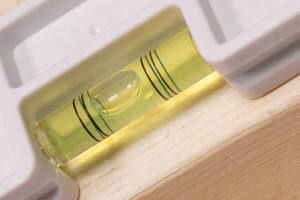 Last month an article caught my eye.  It was called “Why your employees need to make mistakes.” Years ago, I tried to convince my boss that mistakes weren’t necessarily bad.  Mistakes could be valid measurement of effort and innovation.  If we never make mistakes, it’s a strong sign that we aren’t putting our necks out and taking some prudent risks.

My boss didn’t buy it.  But that’s not terribly surprising, given that he was a perfectionist.

I work with lots of clients who are perfectionists.  Some of them realize that, while being a perfectionist can be a nearly irresistible impulse, the long term consequences to their leadership efforts, as well as their own mental health, can be devastating.

Others are really proud of being perfectionists.  One leader conducted 360 degree feedback interviews with her peers and direct reports and was pleased to report that, to a person, each of them described her as a perfectionist.  She interpreted the feedback to mean that she could be counted upon, that people trusted her, and that the quality of her work was high.  All these things may have been true, but the impact of her perfectionism on her organization was hardly positive.  In fact, it was pretty catastrophic.

What’s wrong with being a perfectionist?

It’s a valid question.  After all, most leaders that have perfectionist tendencies have good intentions.  They usually care deeply about the quality of the work and are motivated to go to great lengths to make sure that it is, well… perfect.

1.  What’s perfect?  The first problem is that it is nearly impossible to define perfection.  It’s sort of like one man’s po-tay-to is another man’s po-tah-to.  Should we use the green or the blue?  In completing the task, should the chicken or the egg come first?   While you can often get a group of people to agree on what might work, you will almost never get the same group to agree on what constitutes perfection.

2.  Perfection changes.  This is the second problem.  Perfection is subject to current trends and circumstances.  The saying “That’s like arranging the deck chairs on the Titanic” goes to the heart of this.  The same expression points to the fact that:

3.  Sometimes perfection isn’t worth the effort.   Sometimes there are other priorities.  Sometimes the achievement of perfection results in a big ‘So what?’  A book passage that I read told the story of a legal secretary whose perfectionism had so run amok that she was compelled to take stacks of work home so that she could proof endlessly and agonize over the smallest punctuation errors.  Her coach had her deliberately leave small grammar or punctuation errors in her work just to see what would happen.  Of course, nothing happened, no one noticed at all, and over time she left larger – but not critical – mistakes, which still went unnoticed until she was able to gradually wean herself from repetitive proofing and get her life back.  (If anyone knows the book where this story appeared, please comment and tell me as I’d like to credit the author.)

4. Your perfection causes you to feel bad.  It’s hard to be appreciative or joyful when things aren’t ‘just right.’  Instead we feel anxious and negative about everything that fails to make the measure.  And let’s face it, perfectionists.  You know it – Very LITTLE makes the measure when perfection is our goal.  As a result you work harder and you take on more because you know that only you can ‘do it right.’  It’s no wonder that perfectionists typically feel overwhelmed.

Bottom line, the most important reason that leaders should curb perfection is that:

5.  Perfection limits your leadership effectiveness.  Your perfection intimidates people, so they play it safe and stay small to avoid making mistakes.  Some team members show less initiative because the risk of not meeting the perfectionist’s expectations is too high.  Others, confident in their decisions and actions, resist backing down and feel resentful that in the eyes of the perfectionist they can never get the credit that they deserve.  Anyway it goes, a leader’s tendency for perfectionism is detrimental to the feelings of pride and ownership that leaders seek to instill in the organization.

I admit it.  I sometimes struggle with perfectionism.  That’s why when someone protested that I left an apostrophe out of a post that I put on the Peeler Associates Leadership Development Facebook page, I responded “You are so right. As a recovering perfectionist, I am going to consider that a win!”